In the central and busy part of Bangkok, a true oasis unfolds. Mistakenly enough taking a Tuk Tuk here, just enhances the serenity and beauty of the place. It really is a must, not to be missed. The Jim Thompson House is today a museum, but it was built in 1959 as a private residence for American architect, Mr Jim Thompson to house his collection of Southeast Asian art. His large collection of historical Buddhist statues and traditional Thai paintings is beautifully showcased in his home.

Following his relocation to Bangkok and the establishment of his company that exported and made Thai Silk, Mr Thompson quickly became a fixture in Bangkok high society. He was also the one that introduced the famous silk to the New York fashion world in the 1950s.

After World War II, he decided that silk would be popular back home in the United States. Through his connections in New York, he began marketing the fabric as a traditional Siamese silk. In fact, the material he created had little connection to what had previously been produced in the country. Through branding and by developing a range of patterns he called traditional, he managed to establish Thai silk as a recognizable fabric.

Throughout the 1950s, silk shops opened up across Bangkok. However, these shops sold almost entirely to tourists. Wealthy Americans would come into Mr Thompson's shop and buy large amounts of the fabric, and then take it back home to be sewn into garments. Locals showed little interest in the product as it remained expensive and unsuited for the hot climate. 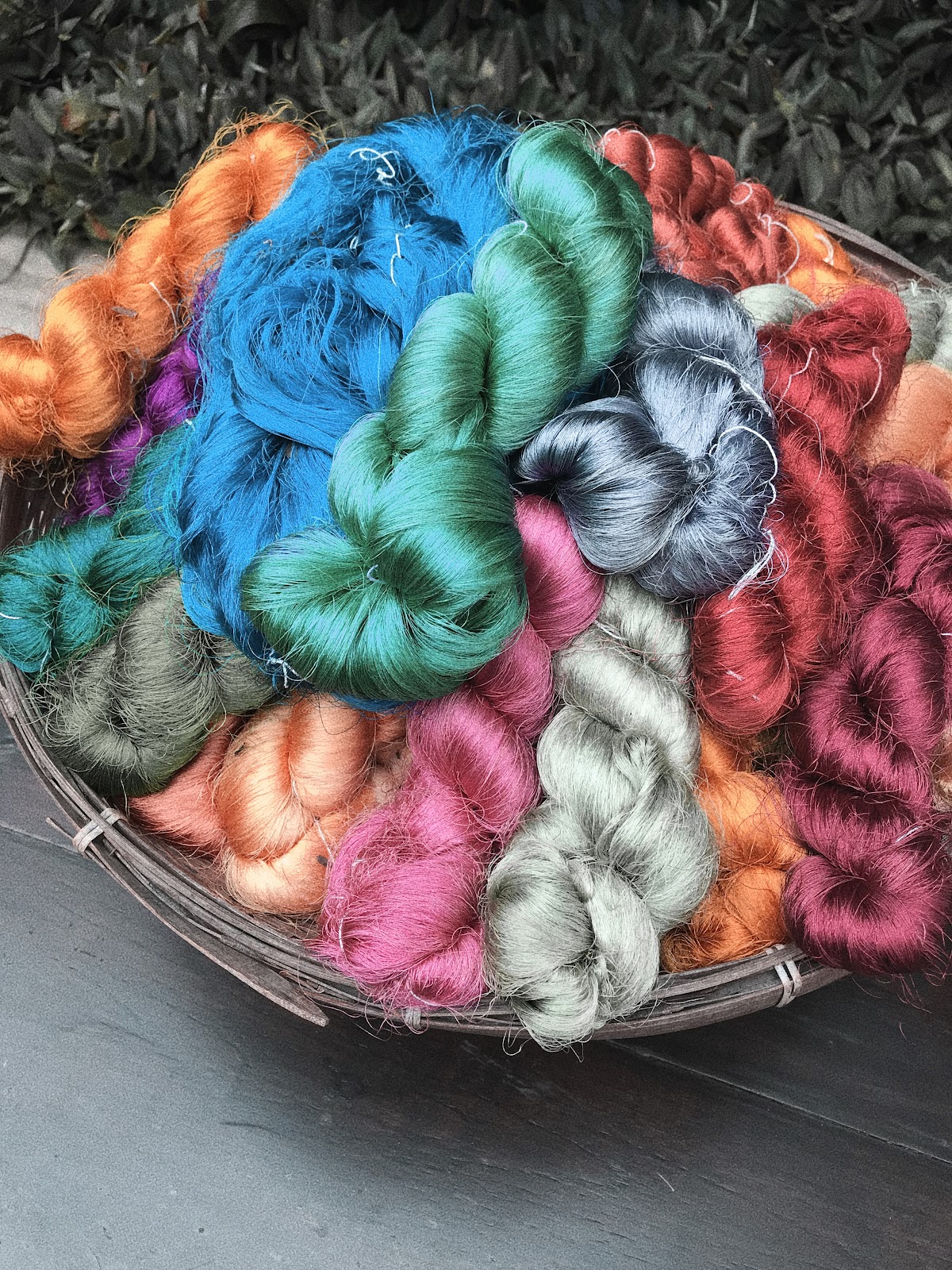 Besides inventing the dramatic colour combinations today associated with Thai silk, Mr Thompson helped thousands of Thailand's poorest people out of poverty. His determination to keep his company cottage-based was significant for the women who made up the majority of his work force. By allowing them to work at home, they retained their position in the household while becoming breadwinners. 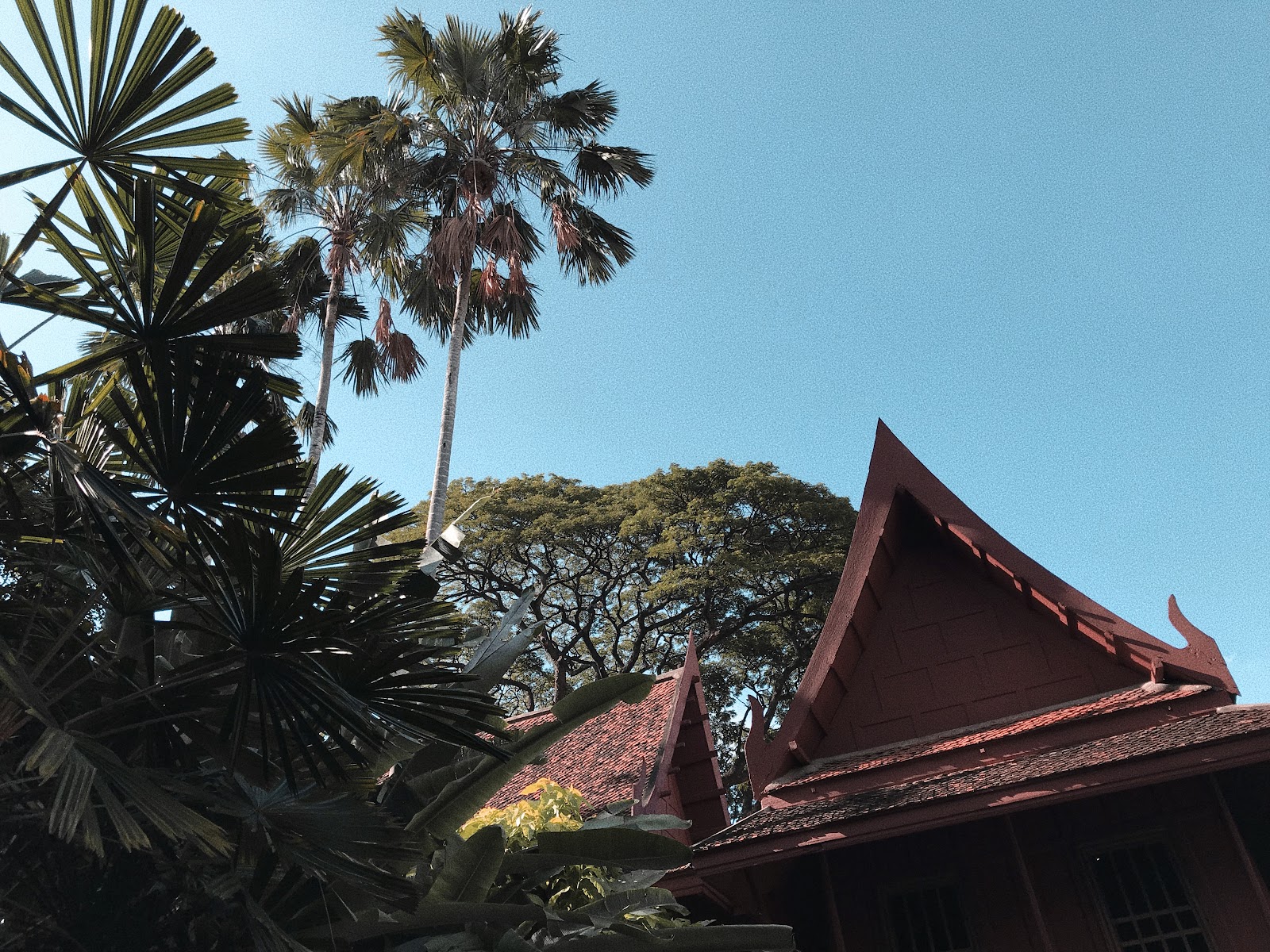 His house consist of a complex combination of six traditional Thai-styled wooden houses around a garden courtyard and is located on a Klong, a canal, across from where some of his weavers were located.

Everything in the house belonged to Mr Thompson and his exquisite taste is reflected to this day. The colours combinations and furnishings feel very much in vogue. There lies unfortunately a dark shadow over the grounds that makes this feel like a mausoleum more than a home. Mr Thompson disappeared from the Malaysian Cameron Highlands on Sunday, 26 March 1967, while being there on holiday with friends. His disappearance generated one of the largest land searches in Southeast Asia and is one of the most famous mysteries in the region.

An intense search was conducted after the police declared he was lost. More than 500 people were involved in the hunt. It included the army, the Malaysian police field force, trekkers, reward hunters, tourists, residents, mystics, scouts, missionaries, adventure seekers, American school students and British servicemen convalescing at the resort. At the end of the hunt, Thompson was not to be found, and no clues were unearthed. The official search lasted for 11 days, and sporadic additional searching went on for months. After Thompson's disappearance, the house came under the control of The James H. W. Thompson Foundation under the royal patronage of H.R.H. Princess Maha Chakri Sirindhorn. At 6 Soi Kasemsan 2, Rama 1 Road, Pathumwan, it is open everyday from 9:00 a.m. to 6:00 p.m. /STELIOS VASILANTONAKIS, CO-FOUNDER

INTERVIEW / (AT) THE STOCKHOLM HIPPODROME